To share your memory on the wall of Bruce Witmer, sign in using one of the following options:

Print
It is with great sadness that we announce the passing on June 24th of our family patriarch, (Edward) Bruce Witmer, at the age of 91, at his farm, Speedside Holsteins, Cambridge.

Bruce was born November 7, 1929 to Leslie D. and Elma Witm... Read More
It is with great sadness that we announce the passing on June 24th of our family patriarch, (Edward) Bruce Witmer, at the age of 91, at his farm, Speedside Holsteins, Cambridge.

Bruce was born November 7, 1929 to Leslie D. and Elma Witmer. He was predeceased by his brother Stewart (Mary), sister Beatrice (Norman Shantz) and brother in law Dr. Joseph Burkholder. He is survived by his sister, Helen.

Bruce was a leader in the agricultural community. He was a 4-H leader for more than 55 years, many of those with the sponsorship of the Galt Cambridge Kiwanis club. For his contributions to bridging the rule urban gap, he was given a Paul Harris Fellowship award by the Preston Hespeler Rotary Club. He was President of the Galt (now Cambridge) Fair in 1968 and 1969 and was a director for many years. His role in many community building projects in Cambridge earned him the Citizen of the Year Award in 2005. He held leadership roles in many farm organizations including the Soil and Crop Association and the Waterloo County Milk Committee.

A prominent landmark along the 401, Speedside Holsteins hosted many school visits for decades, urban/rural gatherings for service clubs, church functions, and visits from politicians and cattle breeders from around the world. Bruce was a generous community supporter and volunteer with a focus on the Cambridge Memorial Hospital, The Food Bank, The Cambridge Gleaners and The Bridges Shelter. He was especially concerned about the wellbeing of others or those needing assistance for food, housing and social/emotional issues. He thoroughly enjoyed supporting refugee families coming to the area and acquired housing for them in conjunction with his church. He appreciated the friendships and supported many initiatives of Preston Mennonite Church.

Bruce impacted the lives of many young people in Waterloo Region and beyond over the years through his 4-H involvement. He was respected and admired for his patience, friendliness and encouragement, while displaying his fun loving, enthusiastic and humorous personality. Many looked up to him as a role model and valued him as a mentor as he challenged them to become agricultural leaders. He enjoyed conversing and making friendships wherever he went. Along with his wife Joyce, he initiated and supported Junior Dairy Shows for children ages 10 -12 across Southwestern Ontario, held in both Elora and Woodstock. He continued this involvement for 20 more years. It gave him great pride, joy and satisfaction to see children gaining life lessons by preparing calves for a show and learning to do things with others through experience. He thoroughly enjoyed the relationships made each year at these shows and cherished each picture and thank you letter sent to him.

In his lifetime, Bruce won many awards for his accomplishments. In 1950, he was very proud to be chosen to represent Canada at a 3 month World Agricultural Judging Competition in England and Scotland. Highlights for Bruce were sailing on the RMS Queen Mary and meeting the Queen Mother. In 2001, an oak tree was planted at Steckle Farm in Kitchener when Bruce received the first Ontario 4-H Arbour Award for his longtime leadership. In 2016, he was given Holstein Canada’s Certificate of Recognition for his extensive commitment and long term dedication to the industry.

Bruce enjoyed traveling for the purpose of assisting countries in meaningful ways. A trip to Cuba in 1969 enabled him to learn about their dairy cattle breeding industry and to meet Fidel Castro. In 2014, he enjoyed a mission trip to the Dominican Republic to witness and distribute soup produced by the Gleaners to needy families and to assist with building a school. In 2016, he travelled with MEDA to the Ukraine to learn about the farming industry there.

Most importantly, Bruce instilled in his children and grandchildren a strong work ethic, active community involvement and the value of friends and family. His goal was to make sure everyone was busy and productive. His enthusiasm for life was always evident. He maintained a positive focus and determination despite his body slowing down and still had goals and projects he wanted done. Over the years, many people and organizations enjoyed vegetables from his productive gardens.

Thank you to the medical team and all who provided homecare in the last few months. Special thanks to Dr. Parveen Gupta, Samantha from Warm Embrace, and Abdi from BloomCare.

Due to Covid-19 restrictions, a private funeral service will be by invitation only.

In memory of Bruce, donations to Ontario Christian Gleaners, The Cambridge Shelter Corporation (The Bridges), or a charity of your choice would be most appreciated. Funeral arrangements entrusted to Lounsbury Funeral Home, Cambridge.

To send flowers to the family or plant a tree in memory of Bruce Witmer, please visit our Heartfelt Sympathies Store.

Provide comfort for the family with a meaningful gesture of sympathy.

We encourage you to share your most beloved memories of Bruce Witmer here, so that the family and other loved ones can always see it. You can upload cherished photographs, or share your favorite stories, and can even comment on those shared by others.

The Dechert Family xo sent flowers to the family of Bruce Witmer.
Show you care by sending flowers

Posted Jul 04, 2021 at 10:01am
Bruce will be etched in our memories forever. A very special neighbor who will be sadly missed. Harold & Lorna, Ron, Debbie, Bill Struthers

5 trees were planted in the memory of Bruce Witmer

Posted Jul 03, 2021 at 11:15pm
I have many happy memories of Bruce. He was a wonderful 4-H leader and had confidence in me when I had very little in myself. I credit the work he did with us in giving demonstrations in front of crowds to helping me along the way to becoming a teacher. A number of years ago when Elwin and I were taking my mother (Nelda Shantz) grocery shopping in Cambridge, he and Pat pulled in just behind us and we were surprised to see each other. Pat laughed and explained that Bruce had said "Follow that car - it's a farmer's car." Our car is always dusty and dirty from driving gravel roads and Bruce just couldn't resist meeting another farmer! They insisted we come for coffee after our shopping and we had a great time laughing over old memories and hearing of their new adventures.
Shortly after Joyce died, we happened to see Bruce by himself in a restaurant and were able to have a good visit. He so much missed Joyce and was lonely. He loved his family and he loved people. They gave him great joy in life. He made the world a better place.

I wish to express my condolences on the passing of your father. I remember both both your mother and him as being very kind, friendly and gracious people. I also remember that the three of you followed their examples. So, once again, my condolences to you and your families.
Gerry Allen (retired teacher from Lincoln Ave. Sr. P.S.)
Comment Share
Share via:
E

Posted Jul 01, 2021 at 03:44pm
To the Witmer Family:
Sorry to hear of Bruce's passing. He was a man of many talents which he generously shared with others. We will miss him.
Sending sincere condolences to you all.
Laureen and John Eby
Comment Share
Share via:
JS

Posted Jul 01, 2021 at 10:18am
To the family of Bruce Witmer - Speedside Holsteins - the farming family has lost another caretaker of the land. Our thoughts and prayers are with your family. "Memories bring smiles to your Heart"
J & A Mobile Service,
John and Arlene Stuart
Comment Share
Share via: 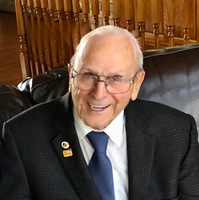 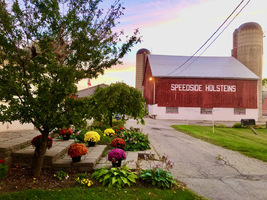 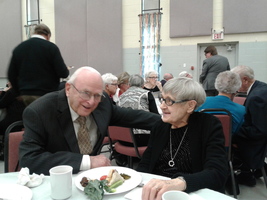